Malin Andersson: behind the scenes

In this episode of LOOKFANTASTIC’s Fearless campaign, social media star, mental health advocate and former Love Islander Malin Andersson opens up about her life behind the scenes. Having dealt with more tragedy and loss than most will ever face at such a young age, or indeed in their lifetime, Malin has overcome countless hardships and emerged stronger than ever. In this episode, Malin talks about her losses, her mental health, and how she has transformed her life to help others by sharing her story.

I had a good childhood, it was quite lonely to be fair because my mum was in and out of hospital a lot with breast cancer. My dad passes away when I was around one year old so it was just her raising me and my brother and my sister alone.

Growing up at school I was quite lonely and I would get picked on a lot for my appearance. So I endured quite a lot of bullying.

You started taking part in beauty pageants from a young age, how did this affect you?

Well you’re getting on stage and being judged for your appearance, and at sixteen years old you’re still developing so I started to starve myself slowly, I would count my calories, I’d just drink water and if I weighed more than I did in the morning at night then I would try and get it out so bulimia kicked in. I was binge eating, and it very quickly became a vicious cycle where I was consumed with how I looked

Were you quite drawn to reality tv?

I didn’t really know what my purpose was or what I wanted to do. I knew I wanted to be on TV, but I couldn’t have told you what. When I got the call for the audition for Love Island I was really happy, but I did know at that time what it would entail, and what would come with it.

It was actually a producer from Take Me Out who called me and asked me to go on Love Island, so I didn’t actually have to apply for it, I was one of the last ones to get on and it took me about a week. It was all such a fast process that I didn’t really have time to digest what I was doing at the time.

If I’m honest all I cared about at the time was losing weight. I was worried about everyone seeing me in my bikini. I feel really sad looking back because I hadn’t even gone on the show yet and I was thinking about my looks already.

What was it like coming out of the villa?

I had gone from no followers to around 300k when I came out. It was overwhelming, and instantly when I saw the trolling and the comments about my appearance, that just added fuel to the fire. My self-esteem plummeted completely. Even though you put on a brave face on social media and you’re trying to make it look like you’re living the high life, you’re dying inside.

I booked myself in for some lipo-suction and a breast lift, but having that done didn’t solve any of the problems going on inside my head.

About a year into Love Island, work started drying up and I wasn’t making any money. My mum was severely ill as her cancer had spread to her stomach. I cut all my hair off and donated it to charity at that time and I look back and realise that I was such a lost soul. I didn’t have a clue what I was doing with my life career-wise, work-wise, family-wise, it was all slipping out of my hands and I fell into a really dark place, probably the lowest I’ve ever been.

When did you experience a change in your mindset?

When my mum died, I started to see life very differently and I became very spiritual. I realised there was more to life, the soul leaves the body and you should start taking things as you see them. I just became so pure, and things that mattered once to me didn’t matter anymore. My appearance was nice to have, it was nice to look a certain way and have nice things, but I realised that deep down that isn’t what matters, life isn’t about that.

Do you think your losses have changed your view on life?

Definitely. When I lost my daughter that was the lowest I have ever been. When you grow this beautiful body inside of you, everything changes. You’re given a purpose, and I didn’t care about the stretch marks or changes to my body anymore.

When she passed away, I tried to overdose a few times and hit a really dark place. But then I started to think that if both my mum and her were alive, what would they want to see me doing? So, I started to realise I had more of a purpose, and I automatically turned to talking about how I felt, and that was like therapy to me. The more I spoke about my pain and suffering, the more people it reached and helped. It gave me a purpose that I never felt I had before.

What encouraged you to start opening up more on social media?

People reached out to me, and the more they did, the more I shared. I showed a photo of my C-section scar and women from all over the world were telling me I had helped them and that I had saved them. It feels so fulfilling, and it gives you a sense of meaning that I had never had before, and that just fuelled me to do more and more.

With what I do and what I talk about, it reaches so many people. But I know that if I can reach even just one person, I’ve done my job. Even though talking about things I’ve gone through can be painful, I know that it can help someone else.

What is the reaction to your posts from your audience?

The reaction is really good, it’s overwhelming at times actually. I get so much support because it’s like they have followed me on my journey. It’s been a bit of a whirlwind and so the messages that I get are so nice. People also share their stories with me and when I see that, it makes me warm inside.

What advice would you give to others going through similar things that you have?

Watch the full interview on the LOOKFANTASTIC YouTube channel, and discover more exclusive behind the scenes content with Malin in the latest issue of The Highlight.

As someone with an affinity for all things beauty, discovering fantastic new products is my not-so-secret obsession. Over the years I've tried and tested a mountains worth of creams, serums and cleansers, finding some of my favourite 'holy-grail' products along the way. However, I'm always on the lookout for more ways to nourish my hair, perfect my dewy base, or enhance my skincare routine. Working as a beauty blogger for over 3 years, I've been lucky enough to collaborate personally with lots of amazing beauty brands including Christian Dior, The Body Shop and Dermalogica. I've used the Dermalogica special cleansing gel religiously since I first got it and their products are some of my ultimate skincare faves. When it comes to cosmetics, NARS Sheer Glow foundation is definitely my go-to - I live for a light, glowy base! 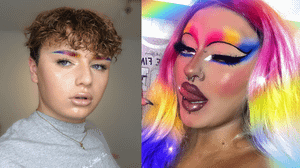 Get the look: Pride edition 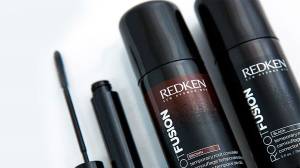 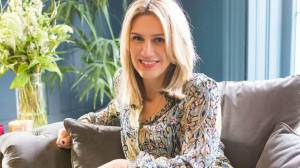 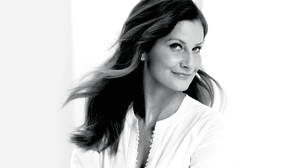 Q&A: A day in the life of Petra Strand, founder of Pixi 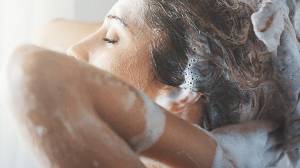 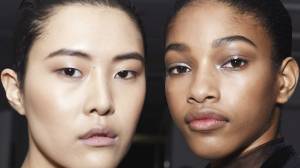 Get the look from the NYFW 2018 catwalks with NARS 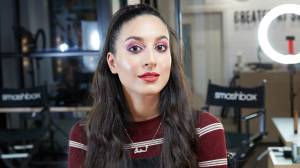 A Valentine’s makeup look with Smashbox 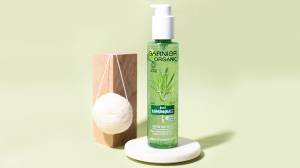 What is a Konjac Sponge?